Emplyver are an oddity in my experience in metal. It’s not just the genre they play, though doom-laden folk with a severe case of black metal schizophrenia isn’t the most common thing out there. It’s not that they manage to play all their instruments, which include violin, flute, accordion, keyboards, and bagpipes, in addition to the ‘traditional’ metal instruments. It’s not even the range of techniques the vocalist and guitarist display. Somehow, this band manages to display all of these attributes, yet still come off as boring.

The songs tend to last between over one minute and up to five. This includes a curious trend where the band tacks on an unusual, semi-related sound for the last thirty seconds of most of their longer songs. They also are a band that enjoys making numerous odd interlude tracks. For example, ‘Dead Brook’ has a jazzy bass intro and an upbeat accordion. ‘The Winter’ has a sweet flute and clean vocal duet. Don’t get me wrong, there is potential here, it’s just not being used correctly. Even the longer songs display some true originality. ‘Died in Finland’, a mostly somber piece has a dance beat in it. More importantly, it works with piece, it blends, and contributes. I wish I could say the same for the dives into black metal that often feel tacked on.

The vocalist, as mentioned earlier, is talented, but uses a simple technique for most of the album. He simply mutters his lyrics. This is very disappointing, not only because of it’s repetitive nature, but because the vocalist shows that he can employ solid black metal shrieking, and has a superb death growl. I get the impression that he simply isn’t trying. The guitarist has a similar problem. I can hear that he can play a great range of style, including black tremolos, folky acoustic, doom-laden riffs, and I’m positive I heard a power metal-esque solo in ‘Sail to Kajamin’. Yet he spends the majority of the record hidden either beneath the folk’s spotlights or in a sea of distortion.

As a final note: there is a multitude of little problems with this album. The songs start to get repetitive as tracks go on. Namely, Castle in the Air feels like Oldboy Pt. 2. Why is ‘Another Piece of Wood’ separated into two tracks? The band hasn’t shown any resistance to tacking on different sounds in the same track before, but these pieces are quite similar, and divided. Why nearly three minutes of dead silence between the beginning of the last track and the music? A little editing could have given this album a lot of help. This band is above average simply for being different, here’s hoping they working on being better then other bands in the future. 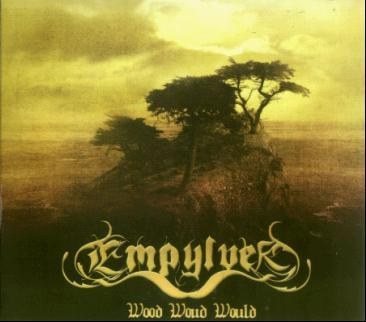